Splendid Books is to publish The Wit and Wisdom of Only Fools and Horses with a foreword by the classic sitcom’s star Sir David Jason.

The book, compiled by Dan Sullivan, son of Only Fools and Horses creator John Sullivan OBE, is a collection of the best quotes and one-liners from the show, which have been brought together for the first time.

Sir David Jason says: “To pay homage to the wit and wisdom of the brilliant dialogue and comic lines in Only Fools and Horses is really a massive tribute to the writer and my dear friend, John Sullivan.

“With John’s untimely death in 2011, I am more than happy to applaud his comic genius and talents through this very funny and insightful book. As I once acknowledged at a BAFTA evening, John gave me the ammunition and I fired the gun and I know the rest of the cast felt that too.”

O’Connell’s debut book is from the offbeat vantage point of a gay teenager whose grandfather was chauffeur to legendary 007 producer Albert R. Broccoli. It will be published in September 2012.

When Jimmy O’Connell took a job as chauffeur for 007 producers Eon Productions, it would not just be Cubby Broccoli, Roger Moore and Sean Connery he would drive to James Bond – his grandson Mark swiftly hitched a ride…

In Catching Bullets Mark takes us on a humorous journey of filmic discovery combining the Bond movies with his own complicated adolescence through to adult life as a comedy writer still inspired by that Broccoli movie magic.

“Mark O’Connell is a great new writing talent and we are delighted to be publishing his first book,” says Splendid Books’ Editorial Director Shoba Vazirani. “Catching Bullets is very funny and he brings a genuinely new insight into the Bond film phenomena.

“The book is a fascinating journey, in which Mark reconsiders all the Bond films as they fire into his and everyone’s cinema-going memories.” 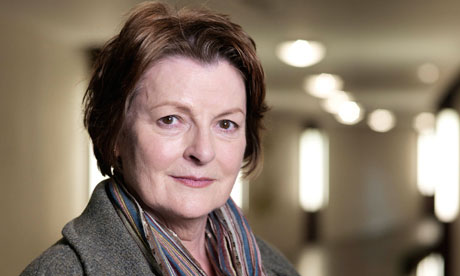 Fans of popular crime drama Vera can once more look forward to glimpses of spectacular Northumberland countryside when a new episode, Sandancers, is screened on ITV1 tomorrow night.

Look out for stunning Chipchase Castle, a Grade I listed Jacobean stately home on the east bank of the North Tyne near Wark which doubles up as the Cadvar Estate. “This location needed to be very splendid, set in classic “Vera” landscape and it certainly didn’t disappoint,” the show’s location manager Andrew Bainbridge said.

“It is owned by a young guy who has lived there all his life, who was very keen for us to come and film there. It ticked all the boxes and more and was well worth the extra mileage we had to put in to get there.”

The great castles of Northumberland are famous but Chipchase Castle is especially renowned for being particularly well-preserved and its gardens attract visitors in their droves.

Less glamorous locations used in tomorrow night’s film – the third of four in this series – include the 4 Rivers Biofuels plant at Cambois which doubles up as Afghanistan in a story which sees Vera (played by Brenda Blethyn) investigating the separate deaths of two bomb disposal officers recently back from Helmand Province.

“It was a major issue for us to find military barracks which play a major role in the show,” Andrew explained. “It quickly became clear that we could not shoot this at real barracks and after much searching the barracks took its form from many different locations: the TT Electronics factory at Bedlington, St Mary’s College in Newcastle and the former Prudhoe Hospital along with some private houses which we used for interiors.”